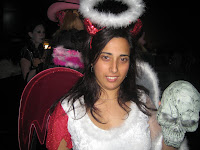 It's the one festival really not celebrated in Singapore; Halloween! Officially the time of year when spirits contact the physical world, magic is potent and the dead become alive (at least according to Gaelic tradition) Also known as a time of year when we have an excuse to dress up, eat candy and party! Dressed as a Heavenly Devil this year, I attended the Thriller Halloween party at Edmonton's Event Centre. While the night started out quiet...the place soon filled with the craziest costumes, from traditional vampires to Luigi & Mario Nintendo men.
Heavenly Devil

While the lack of live music was a bit disappointing, the DJ's music got better as the night went on. Although, with the right combination of alcohol, than can be said for any venue! Party pics below remind me of the Singaporean Insomnia days...what a night! 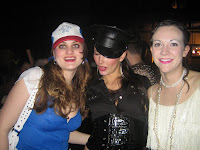 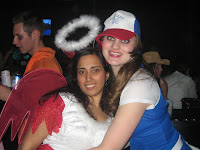 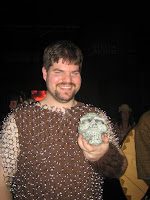 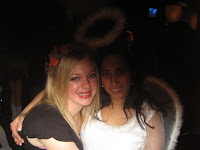 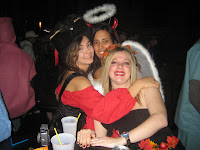 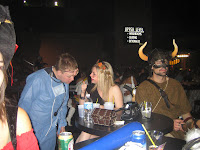 Definitely didn't realize Halloween could be such a fun event (finally a party where everyone gets into the theme!). Trick-or-treat!

Posted by Sapna at 1:24 AM
Email ThisBlogThis!Share to TwitterShare to FacebookShare to Pinterest