Finally....summer! Weather slightly comparable to the warmth of Singapore, a lower probability of a sudden winter snowfall, and an excuse to dress up and go out. Stephanie and I decided to celebrate the start of summer with a random Monday Martini night...not the best idea in Edmonton!

Fluid lounge was empty, Stir looked especially creepy in it's lonesome corner of downtown, the Bank and and almost every other bar in the Central area was 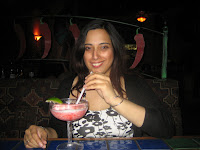 closed...which took us back to our Whyte Ave haven. Now, on a Monday night we were in for quite the surprise. Avoiding the usual crowd at Hudson's, we headed to Club Malibu (which had a few too many bad rappers), Julio's (for which we were too late for food), and Boston Pizza...to which we were seven minutes (yes, 7 minutes) too late for closing! This misadventure lead us to apple martinis at Garneau Pub, a weird place with too many slot machines a few blocks from my apartment. Three hours, a box of Pizza 73, and tons of girl talk later...we decided that two hours of sleep was about the minimum for a weeknight.

It's crazy how much I miss those random weekday nights out in university! 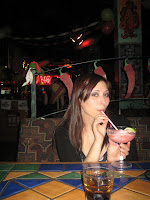 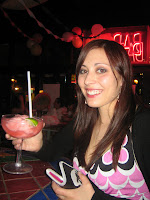 Posted by Sapna at 4:58 AM
Email ThisBlogThis!Share to TwitterShare to FacebookShare to Pinterest