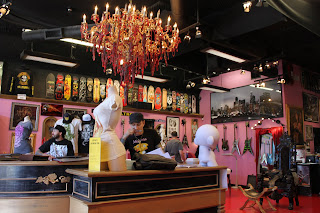 After five long years of contemplating the idea, becoming indifferent, focusing on interior appearance,waiting to find the perfect workout to tone my body, and passionately wanting a personal work of art, I was inked on August 22nd, 2010 at High Voltage in LA. Yes, the home of Kat von D's famous artwork and her many friends, who have been tattooing for 16 years.

As everything in the US seems to be about legal text and suing the other party, High Voltage's list of precautions and post-tattoo care are (like every tattoo place) ridiculously long. No soaking, no scratching, no covering up, no tubs, avoid pools, beaches and regular soap for 4 weeks... 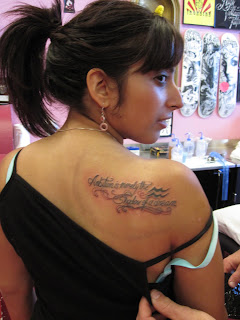 Doug Bickle, my artist, who worked with the tattoo gang at their original home in Michigan, assured us that it would heal in a week if we applied Aquador and Aveeno, and sunscreen on the beach; it would be just fine! Surprisingly, the tattoo barely hurt - except for a claw digging feeling at the swirly edges. In fact, I'd argue that putting Afterbite on a well-scratched mosquito wound(which happened far too often this summer) is much more painful! (It looks super red in the picture, but it heals in a few days)

"Are you nervous?" Doug asks me.
I nod nervously. "Well, me too," he says.
"I Googled you; you know what you're doing!" I respond. He laughs and I try to laugh too. I'd seen the needle before we began, and I didn't need to see it again.

"They're addictive" He warns me. I know - already I'm plotting my next work of art.

Actually, it was only a half-hour process that took over an hour to sketch in perfect detail. He imitated my idea so perfectly that the skeptical feeling I received when I presented my three elements to the front counter a week ago - a lotus flower, Aquarius and Shakespeare's quote - dissipated. Opting away from the flower - a true Aquarian with a love of literature - I chose the latter two elements. Perhaps the flower will wait for a rib tattoo... 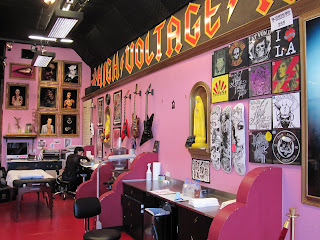 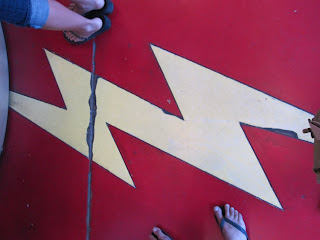 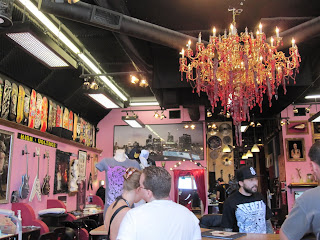 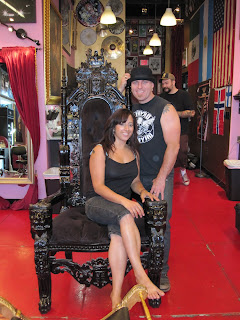 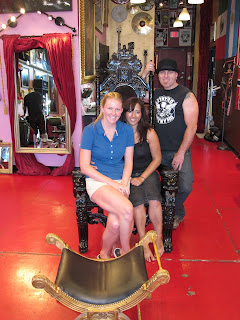 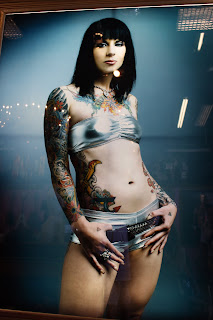 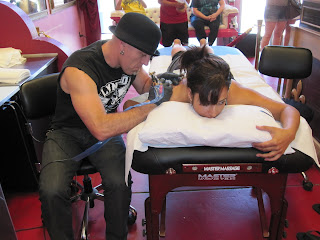 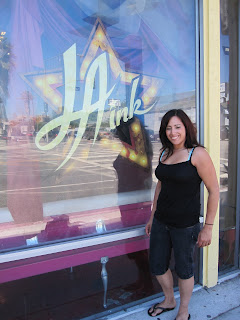 "Ambition is merely the shadow of a dream" Guildenstern tells Hamlet in Shakespeare's well-known drama about morality, indecisiveness, honesty and loyalty. Hamlet had a dream to claim his rightful place in the throne and avenge his father's murder; he fails only because he fails to commit to his dream and overcome his tragic flaw of indecisiveness. People say I'm ambitious and driven to achieve - but I don't believe it's personality that achieves. It's the passionate attitude that a dream, your dream, will become reality.

Check out Doug's other shop here
Posted by Sapna at 5:00 PM
Email ThisBlogThis!Share to TwitterShare to FacebookShare to Pinterest