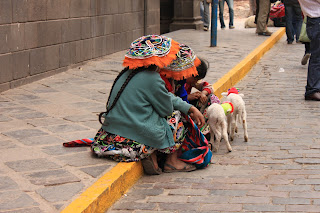 Cuzco is world renowned for its coffee production, somewhat touristy prices, pickpockets and history. However, our first impression was a chaotic, hectic city full of misguided directions and parades of protestors. Arriving at 8:25 am from our flight (Arequipa's tiny airport was complete with a gringo tax (they think white people are rich) and a cappuccino bar), we carried our backpacks, exhausted.

As soon as we got in the cab, the driver warned us that it was the worst 2 days to come to Cuzco "bad time, bad time" as there was a 2 day long strike and no buses were running. Sure enough, he wouldn't even drop us to our hostel. Instead, he dropped us to the middle of a square which was NOT Plaza D'Armas, but another square. Asking for directions in Peru is much the same as it is in Singapore or other parts of Southeast Asia - the locals will give you an answer, even the wrong answer, just to save face and pretend they know their way. We were, surprised, however, to see Scotiabanks everywhere - there must be some Canadian connections in Peru! That is, in addition to the Canadian embassy guards in Lima who hold AK47s at night. 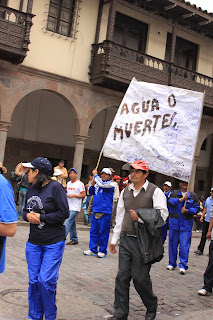 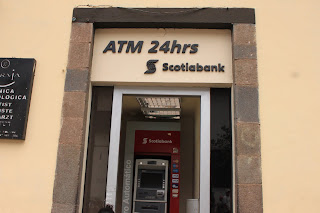 The strike was really a citizen protest and the first political rally I've actually witnessed. The people here, as Stephanie says, are "peaceful in a violent way", banging their drums, chanting with their signs "Agua de Meurte", "Alan Garcia e #$%$!", protesting against the president charging the citizens for water - but never hurting anyone. Water, they believe, is natural, from Pachamama, "Mother Earth", and should be free. I wonder what they'd think if they saw my monthly Epcor bill! 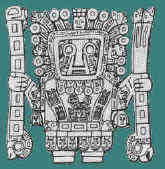 After a grueling walk in sweaty, hot, weather, we attempted to find Bright Hostel, which was an hour long feat, in which we carried our 11kg backpacks. Finally, we found a woman with a baby who was willing to walk us to the address - "Lucrepata D8" which no one could actually find. Sweaty and hungry, we went to museums and churches in our quest to find out more about the Inka (Inca) peoples' history. We learned that 30 Spanish men took over the Quechua people - it was so easy because the Spanish men, and Jesus, with his long beard, look similar to he Quechua's depiction of the Weeragocha, the high Andean mountain god.


La Catedral was the most informative church I have ever been to. Their autoguides (which I got to practice my Spanish in asking for) gave step by step descriptions throughout the huge religious wonder. Again, use your imaginations as photography was prohibited. We do remember, however, two saints. Saint Antonio de Padua, and another, who I believe was Saint Josef. The former was the saint to which women would pray for the perfect love and husband, and the latter was the "Patron Saint of Celibate Men", to whom men would pray for escape from their marriages! I left a little message for Antony, in Italian as that was his birth country, "per u'uomo bellissimo!" 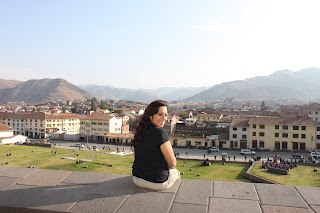 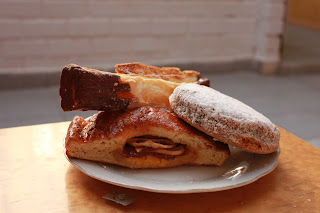 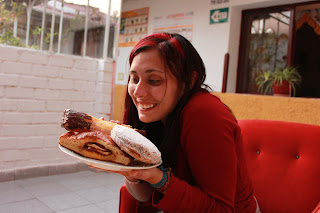 In the spirit of Italy, we completed our day with pizza at the hostel's pizzeria and Pisco Sour, the local drink of grape brandy, lime juice and egg whites. We spent hours in our day trying to organize our trek and dealing with changed train tickets, Latin Standard Time and exasperating tour operators. Finally, we paid a small sum of 35 soles ($10) for what we thought was a horseback tour to Sacsaywaman, a site with famous Inca ruins. 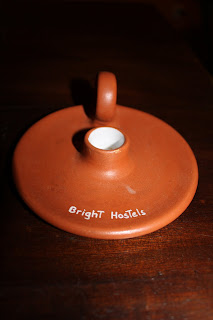 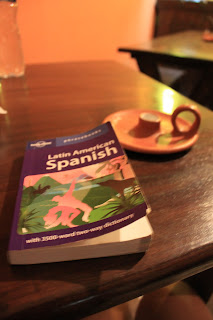 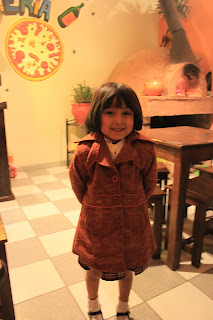 Dinner at Bright hostel, where a cute little girl helped her mom cook us our pizzas. She was delighted to have her picture taken! 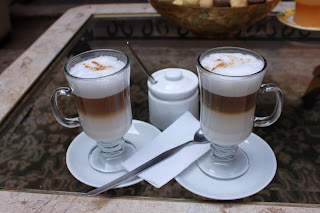 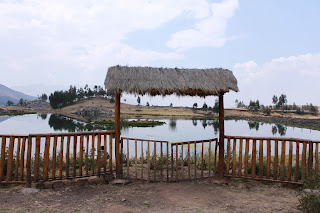 e the next day (of course), we arrived at the horse site, where the Andean horses apparently kenw where to go with the guides only off horses, behind us all. We arrived a few ruin sites (see the slideshow below, or CLICK HERE if you're using facebook), We were allowed to wander for an hour before returning to our horses and stopping a few minutes down the road at a cave like structure with no explanations from our (non existent) guide. We suddenly discovered that we had no ride back to the ruins (which we thought we drive us back to the tour office!) After nearly being attacked by the only unfriendly dog I've seen here, we walked, hours later than planned, to the great ruins and back down to catch our own cab

With our delay, I had barely eight hours to repack my entire bag, pack as little as possible (and as much as needed) into a daypack for the next 5 days- including food for the "maybe" vegetarian dinners - finish my first Graduate paper for McGill, and sleep. Here's to an amazing trek for the next five days!
Posted by Sapna at 12:35 AM
Email ThisBlogThis!Share to TwitterShare to FacebookShare to Pinterest