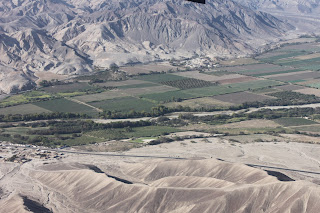 Ollyantatambo and Nazca, a day apart in our itinerary, were complete shifts from the paradisical mountains in which we had spent the last days. Ollyantatambo was completely void of people within the ruins, the thrives of tourists from Machu Picchu often come here only to catch a train back to Cuzco.Yes, after our 6th day hiking, the thought of climbing another set of Inca stairs was grueling, but we were only going to be there once. This time, there was no rush to pose for pictures and leave, so we spent a couple hours snapping photos until my camera battery died (yay Canon Rebel T1i for a FIVE DAY intense use on your battery life! 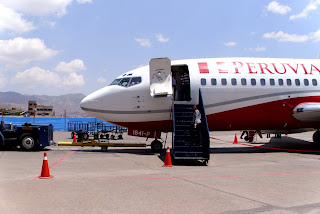 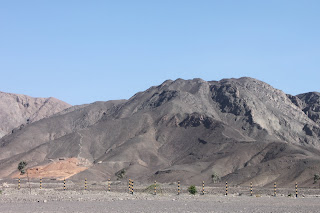 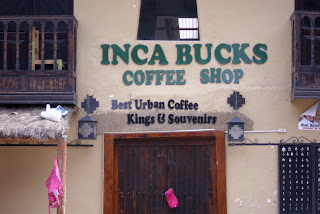 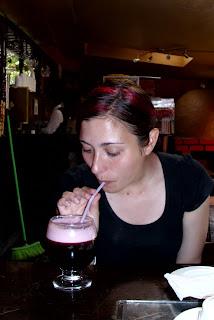 Enjoying the coffee and chicha morada, purple fermented corn drink, as we waited THREE HOURS in Ollyatatambo because we couldn't find a cab driver that wasn't trying to rip us off. Once we did - they said we had to wait three hours so they could take us in a minivan with other tourists arriving on the next train.


Take a look at the Glog poster below for our picturesque photo shoot on the ruins. Facebook users, please CLICK HERE to see the Glog properly.

Two days later, Nazca shook us up so badly we could barely press the camera trigger. Thinking a little plane could not be that bad, we hopped on eagerly. While the first part was just a little bumpy, the pilot proceeded to yell over the broken headphones and swerve and swoop down into the Nazca carvings in the sand and then swerve the other way so both sides of the 6 person plane could see the same view! Since our Cruz del Sur bus was 2 hours late AGAIN, we only had enough time in the town to hop on the plane, hop off, and rush to catch our next bus (which left on time but was, of course, late to arrive in Lima). Guess that's what happens when a company has convinced the government to allow them to be a monopoly!

Below are the Nazca lines, mysterious sand carved designs that archaeologists are attempting to explain. 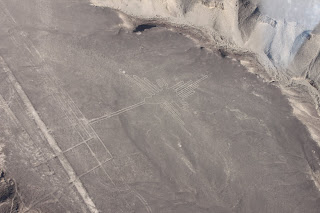 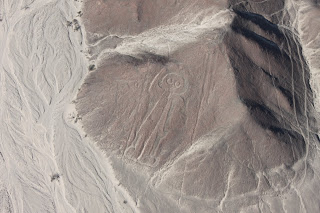 The condor (left) and the Monkey (right) - look closely and remember these are archaic drawings! 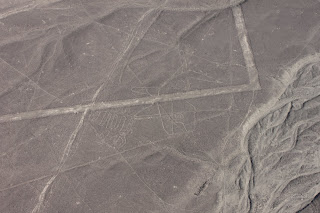 The whale (left) - look closely and the triangle (below) 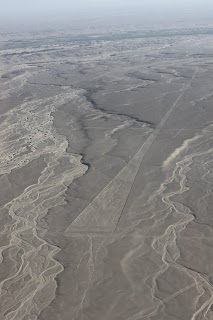 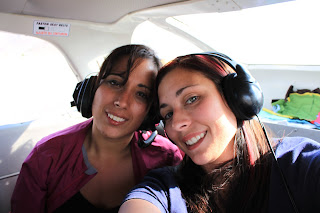 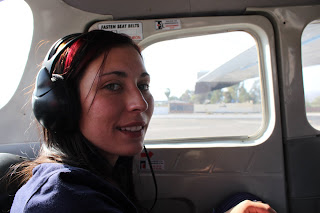 That's how we felt on the plane ride...seasick!

Our last two days on South American soil were spent perusing Lima's tourist markets, and then their local markets, which we found tucked away in alleys in the local neighbourhoods, selling boots and shoes where their "biggest size" was 6. Too bad we didn't find a size 7 market!! It was the perfect end to a backpacker vacation to be back in the local food stalls and clothing markets and grab touristy and local souvenirs to stuff into our backpacks. Adios, Peru!
Posted by Sapna at 12:24 AM
Email ThisBlogThis!Share to TwitterShare to FacebookShare to Pinterest