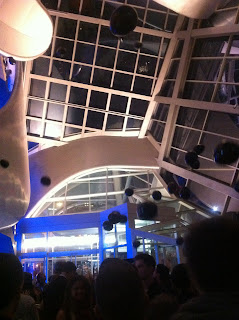 After much anticipation, Stephanie, Darryl, Sean, Janice, Steph B and I attended Saturday's Alberta Art Gallery's bi-annual gala. This year's theme, Refinery Party, was a collection of art works that described the creation, sustenance and destruction of oil and the oil industry. A little disappointing compared to my expectations, the event still held its own and the architecture was a unique backdrop.

While interpretive dancers swirled their bodies in a partially topless, partially clothed fashion that, frankly, I could not "interpret", waitresses served hors d'oeurves, and crowds of people hovered around the art exhibits 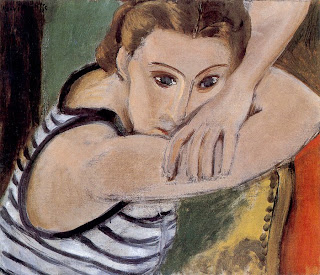 Matisse was unimpressive at first, although Darryl managed to put the exhibit into a historical context that established the French artist was really a "first" for certain types of sketches. His finished works, however, do provide an interesting mix of colour. Although some of his paintings in later years have a more realistic portrait style and brighter, more fresh, colours. 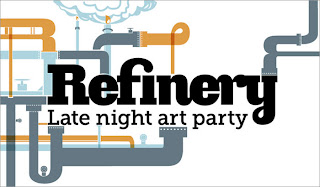 From 9 pm to 1 am, we wandered the levels of the new art gallery, marvelling at the architecture (yay, Edmonton, you're trying to be more big city!).

Tables with little art projects, like "make your own carbon footprint" were a comical touch. An Urban exhibit showcased large photographs of plastics and other waste in the oil industry. A larger exhibit was filled with photographs of the progression from oil's beginnings - including sulpher blocks in Fort Mcmurray - to drill rigs, oil barrels, cars and homes that use oil - and projected depletion of oil itself. Very fitting to Alberta, the exhibit was interesting - although I think the integrated dance performances were a little too "artsy" for me. In black costumes, moving about as if in a trance, they swirled around with odd movements and music. I think the idea of one of the performances was to show the creation of products from oil (a woman with a hammer and nails building a black object) to the destruction of their products (a black Michelin man -like woman, encased in tires, falling down and rising up). So....artsy?? 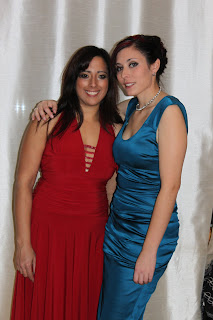 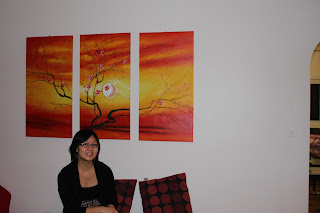 Janice, with the main piece of art in Sapna's house

Hopefully next year's theme will be a little more engaging!

Posted by Sapna at 2:52 PM
Email ThisBlogThis!Share to TwitterShare to FacebookShare to Pinterest

Nice tribute to the Art Gallery party that didn't exactly turn out to what we expected hahaha... Awesome pictures!!!