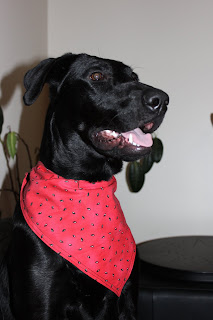 After one year and eight days of having Kiara in my life, I thought I'd compile the puppy mischief stories. They are really incredible - fiction would be more plausible, but here's an honest - and fairly schooled in training, I might add! - pup's perspective on life in e-town. If you're skimming this slightly long post, the stories are titled - so choose the mischevious adventure you would like to read about!

*Facebook Users!: Click HERE if you want to be able to see the puppy slideshow! Just one click away and you'll have a much better view, I promise! 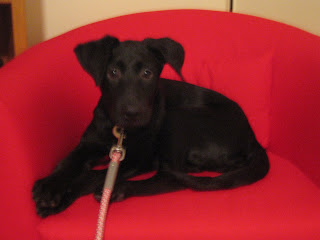 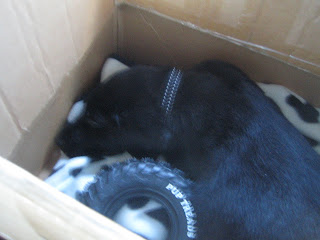 On November 7th, 2009, Sean and I drove to Calgary to pick up my beautiful black lab puppy. Seven lbs & frantic, we put on her specially made pink dog collar and leash and put her in a blanket-ined cardboard box, and drove home, wondering if she'd be thrashing the whole time. After some whining, she decided that travel was for her (my kind of puppy!) and fell asleep to the motion of the rocking car. At the first Shell rest stop, we thought she might have to pee - but she just kept shaking and shaking and shaking Why are you strangers taking me away from home?? you could almost here her scream. Of course, arriving home, we found that my Puppies for Dummies books (and six other knockoffs) were out the window. "You may hear whining when your puppy is in her crate, but it's important not to give in and let her know she needs her own space" - easy for THEM to say, she SCREAMED the entire night! Who would have thought seven little pounds could have such strong lungs?

Housebreaking took three days - the third morning she was knocking at the door to go out! Two years of training research paid off. What I can tell you is, the first night, I had this fear that I was responsible for a life; the second night I was so frustrated I almost regretted my decision; the third morning, I was lifting weights and she sat there, bobbing her head to the rhythm of the barbell presses - and that's when I knew, we were a team. 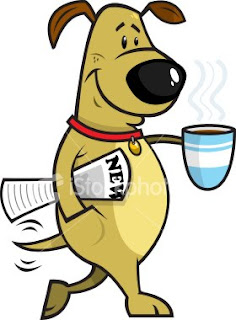 Throughout the few days I had off, Kiara and I visited a few coffee shops and all my favourite e-town haunts. While most places shun puppies here, a few nice stores let me hide her inside my jacket (I can't even believe she used to fit!) 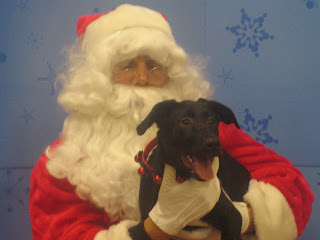 Can we smile for Santa Claus? Of course, Kiara smiles for everything. Here she is, just four months old, in Santa's lap. Running like wild during my Christmas baking party, shredding gifts with her teeth, tearing her gifts to pieces in less than a week, and "snow-diving" through piles in the backyard. Yes, the icy winter is her favourite season (sorry pup, we may one day abandon that idea!).

Rascal Antics, Training & Losing Teeth were just part of the fun!
In January, Kiara and I joined our first Puppy Kindergarten class, followed by Puppy Basics. Wow, what a handful! I realize now that she was significantly younger than most of her classmates, but her puppy brain - lack of concentration - was quite the challenge! Soon we had her in Agility 1 though, jumping over hurdles and managing to focus for a treat. Wait till she's a year old, they told me!

Conehead & Kennel Drama Feb '10
At five months old, Kiara was spayed. I honestly felt like a mother - so nervous for her! They kept my gorgeous puppy for the entire day, and returned her to me with $200 worth of medicine and a cone! Well, at first, she had some attitude about the cone - but 10 days later, she wouldn't let me take it off! I guess it was fun to bump into things and catch food that was slid down her cone like a slide!
At six months old, I decided to let Kiara have some more of my trust - and more room to run. This is also when she first met Watson, her puppy love. I remember the first day she saw him, she started howling and standing over the three foot fence, like there was something really amazing in the neighbour's yard. I went over to meet the neighbours - and found a baby puppy, who Kiara just licked and licked and licked, followed by her play bow. They are best friends now - and whine SO much when they haven't seen one another for a few days.

Well, I was nervous and she was ecstatic - her first trip to Terwillegar dog park and I just trying to keep her somewhat close to me! I've learned from the neighbours and Watson since, that Kiara won't leave me behind - if she can see me, she figures, it's all good! She's got an amazing nose; she knows where home is! (I swear she has the intelligence of those talking hounds on Homeward Bound!)

I've never felt more loved than the day I came home from my first weekend away (to Banff, with Janice & Sean. This is the time she started to love my dad (not a dog lover), I think, since he took her for walks. When I got home, Kiara darted towards me, almost knocking me over and started licking and licking my face. Where have you been!!?? They say dogs have about 100 facial expressions - but that I miss you one is definitely the most priceless. 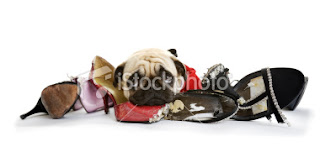 On mother's day, Kiara decided to EAT my shoes while I was at our annual family brunch - not just one pair, but THREE pairs - Nike runners, Aldo white pumps (thankfully an older pair) and white sandals. They were SHREDDED and I was livid. Argh, puppy, shoes are not food! They are now all locked up in my room, in the closet, beyond her reach (we hope). Thank goodness I was wearing my vintage pink plaid Steve Maddens that day!
Pancake Puppy! June '10 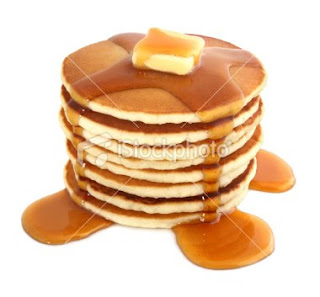 My all-time favorite Kiara story. This story trumps them all. I come home from work/tutoring/gym one night, and have my roommate ask "How many bottles of syrup do you have?" Oh no, I think, she got to my coffee syrup. "No, how many bottles of pancake syrup?


"One, I think, somewhere." Where? Turns out that my sneaky little puppy had managed to open a cupboard where her treats were hidden, take out the lazy susan and - behold! - discover a bottle of unopened pancake syrup. "It's not open? No problem!" She snatched the bottle, ensured no one was home (I'm sure), took it to her favorite spot on the couch, opened it, ate what she wanted, and spilled the rest on the couch, as well as in the cubby hole she made for herself in the couch itself. Then, she proceeded to roll around in the syrup - and my roommate came home to find her sticky! My house smelled like Sunday morning brunch for weeks!

Photoshoots July '10 - Check out the July slideshow here, folks!
I was snap happy with my new digital SLR in July, so there are many poses!
Visitors & A Birthday! Aug'10
Kiara got two sets of visitors from Germany this August (Kristin and my roommates' friends a few weeks afterwards), and she loved them all! Jumping, screaming, running laps around the living room - they're signs of love, I promise! Kiara turned 1 on September 4, 2010 :)
Desertion & Payback Sept '10

Leaving Kiara for 2 weeks in September to go to Peru would have been, I expected, something like my 1 week trip to California the month before. Extremely happy, smiling, puppy greeting me at the door. Oh, no, not this time - this time I got an angry puppy ignoring me for a whole hour! She followed my dad around the house instead of me, played with others and basically said "#*@# you! Deserting me like that!!!" - despite the fact that Sean, Diyuma, Ross & Rainier, not to mention my brother and parents, were all caregiving for her! After about an hour, she warmed up to me and was back to her happy self. Thank god I didn't put her in a doggy hotel for the 2 weeks; imagine her reaction then! Emoti-puppy! 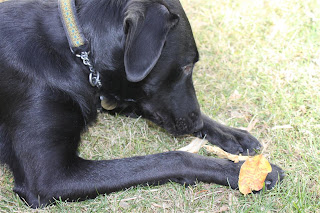 Fun in the Leaves

Edmonton actually had a Fall season this year - and I took the opportunity to take a Fall photoshoot!! Check out the slideshow for pictures (yes, facebook users, this means leaving your beloved homepage...) Click here. 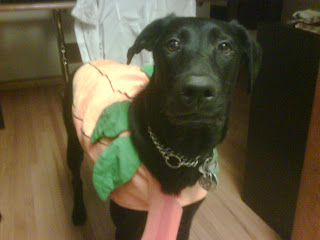 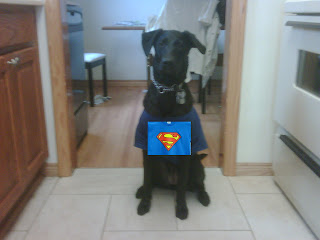 Superwoman in a Tee - Dog Park Injuries & Protein Powder Repair!
Kiara had her first injury on a muddy day in October. She's been off-leash in dog parks for months now, and loves them. That day, it was getting dark at 7:30 pm (thanks, Winter) and I called out for her - and had no response. Ten minutes later, I was frantic, running, calling, yelling, whistling my lame whistle. Where could she be? As soon I dashed up the wooden stairs, she appeared, right behind me. Two days later I discovered she was acting very strangely quiet - and then I discovered the giant cut down her side. Apparently she snagged herself on a tree. As quickly as I could, I took her to the vet - who resigned her to my Lorenzo Expeditions trek t-shirt for the rest of the week, so her cut didn't get infected! Oh, supergirl puppy
That didn't stop her, of course, from getting into a CLOSED, giant, bottle of protein powder (it takes a knife for me to open it), carrying it off the counter, spreading it on the couch, and lying, in her t-shirt on the other side of the living room, with white powder all over her nose. I came home and she looked at me like "What? It smelled like vanilla!"

One year after I got Kiara, I feel the same way I did three days after her arrival - I could not live without her. She really is 65 lbs of a loving companio
Check out the slideshow below to see a recap of Kiara's 50 best photoshoot shots, from her very first picture cuddled in a box - to her "Bad-girl" puppy in a bandana shots a couple days ago. Facebook users, click View Original Post at the bottom of the "Note" or click here

Posted by Sapna at 12:33 AM
Email ThisBlogThis!Share to TwitterShare to FacebookShare to Pinterest

My little pug once ate an entire large bowl of Kraft Dinner. She was a 5 lbs puppy at the time. That's like you or me eating a rubbermaid tub full - crazy. It's also the day I learned that she could jump on the couch all by herself. She also ate a tub of vaseline once. Why, puppy, why?