Jaffa Cake Debate & Other Random Facts about the UK 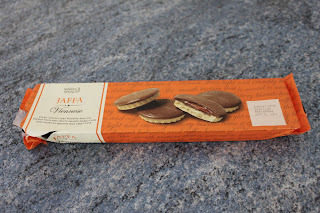 The best part of staying with family in a country that isn`t your own is that you acquire a host of knowledge in just a week! In a short eight days, I learned about British confectionery, castles, beheading, literature, traffic circles `roundabouts`, football (soccer), and enhanced my `British`` vocabulary to the point where I wonder at the linguistic marvel that makes up the English language.

Jaffa Cakes are little chocolate covered biscuits (cookies), that have a spongy cake type texture, but are shaped like your average cookie. Now, in the UK,  VAT (their 20% tax on goods and services) is exempt from breads and cakes. Mcvities, who makes the original Jaffa cake (named for the Jaffa orange marmalade filling) went to court, arguing that Jaffa cakes were in fact a cake, not a cookie. They won that one, on the basis that cakes start off soft and go hard when stale, while biscuits start off hard and go soft when stale. The Proctor and Gamble Pringles brand  subsequently attempted a similar exemption, claiming that their crisps (chips) were actually a potato product, and therefore should be exempt. Well, the sensible judges on that case decided that the highly processed, greasy, additive infused crisp was actually just that - a crisp!

Check out the news story here! 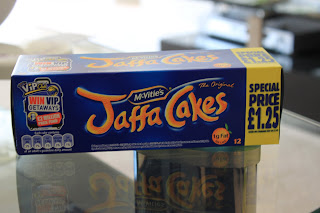 In my attempt to find Jaffa cakes, I only found the Jaffa Viennesse biscuit (to the left)! Sunny and Nia found me the original Jaffa cakes the next morning, and I must say, they are much nicer than the biscuit!

Here are a few other facts I learned during my stay:

Speaking of linguistics, my next monthly book review (May) is likely to be Bill Bryson`s The Mother Tongue, which delves into the regional differences of the English language. I got through most of it on the plane, and will have to find time this week to finish the final few chapters! Stay tuned for a review!

Saturday was my last day in the UK - for a very short period of time, I hope.  I brought back gifts for puppy, of course - After dinner Carob mints (not real chocolate of course), and a Manchester United lead (they`re not called leashes here!).   I was trying to find her a union jack collar and lead set, but I couldn`t find one anywhere. Once you get your passport, puppy, you can pick it out yourself! 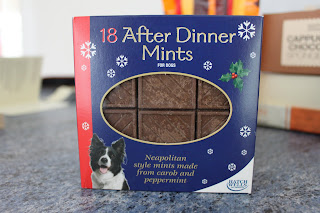 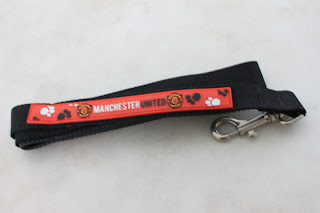 Posted by Sapna at 5:37 PM
Email ThisBlogThis!Share to TwitterShare to FacebookShare to Pinterest