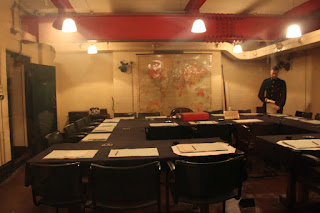 In honour of Remembrance Day, I spent Friday in London, including a couple hours at Churchill's War Rooms, the underground war bunkers in which President Winston Churchill and his staff lived, worked, communicated with Allies, planned war strategy and were (relatively) protected from the outside bombings. Surprisingly, even on a Friday afternoon, the museum was packed with people ---I should have expected it, but I was surprised at the number of uniformed school groups that paraded through. The bunkers have such a historic feel; you can imagine the President and his staff alive and well underground, planning strategically to help the country, as citizens remained above, dodging the air raids. 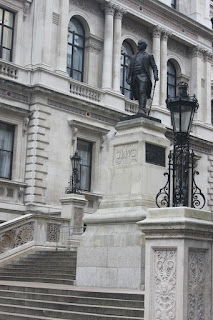 As much as I would have liked to visit the Imperial War Museum itself, both the World War I and World War II permanent exhibits are being renovated. In fact, the entire museum will close in January for 6 months, for a complete renovation, which will continue until 2014, the 100th year anniversary of World War I.

Here are a few highlights of museum, which I've put into a slideshow below. I'd suggest clicking the top right corner and choosing "slow" for the setting, since there are a few slides on which you can read about the significant staff members and their roles 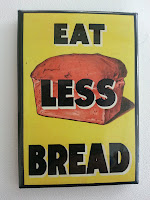 Please click to view the slideshow below --- or click here to see it on my Flickr page.  As we could take pictures everywhere, this is  a really great view of the inside of Churchill's War Rooms....


A note on poppies 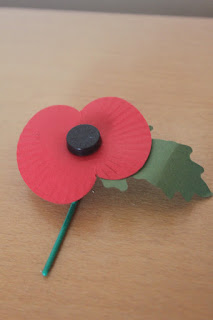 I find it quite interesting that the Canadian Remembrance Day poppy is so different to the British one! Ours is made of felt (on the right); the British one is made of paper. Somehow, I just expected poppies to be mass produced in the same way. I will say though, that the paper poppies with stick pins  are good for one thing - getting lost!! Which, as one of the poppy vendors jokes "we do on purpose, so you donate more!"  Well, it definitely worked...I bought 3 poppies before I found a uniformed veteran in Westminister station selling poppy lapel pins :-)  According to the BBC, 65000 Canadian soldiers died in World War II. 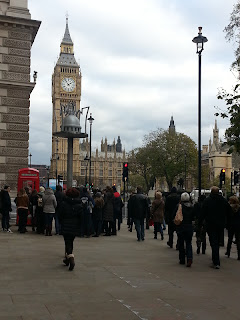 Another note - not about poppies -- if you're ever near London Victoria tube station, right outside the entrance there is a wonderful crêpe shop with insane hot pink and lime green colours ---but delicious crêpes!  I believe it's just called "Crêpe Shop".  In fact, the latte I had (which I was expecting to be mediocre) was AMAZING. The coffee fiend that I am, I asked the young lady behind the counter which brand they use.

"It's an Italian brand....Ottimo....but it's not the brand that makes the coffee"
"No?"  Here I was, thinking I knew something about coffee.
"It's the temperature of the milk, the way you make it. When I moved to London, I was so sad I couldn't find good coffee. I used to be a barrista"  You couldn't find good coffee in London???
"Where are you from?"
"Hungary.....the coffee shops here like Caffe Nero and Costa...they burn the milk, then you can't taste the coffee!"
"Oh, wow. Well, thanks. You make a good lattee!"  Hmmm....maybe I should take a trip to Hungary?? 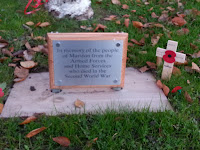 Have a wonderful Remembrance Day, and as you wear your poppies, think of the free lives we live. There is a tree by my house, under which there is a plaque dedicated to the residents of Marston (my neighbourhood) who died in the Second World War. This week, there is a cross under it, with a poppy. Just meeting a friend here from Lebanon, and tutoring a student from Syria last year, I have realized how incredibly lucky we are that bombings, shelters, invasions, smashed glass windows at home, streets on fire, death and civilian soldiers are not a part of our lives. As Wilfred Owen so poetically wrote:

"My friend, you would not tell with such high zest
To children ardent for some desperate glory,
The old Lie; Dulce et Decorum est Pro patria mori. (Owen - 1917-1918)  ----  (The old lie; that it is right and honourable to die for your country"


Lest we forget.
Posted by Sapna at 12:05 PM
Email ThisBlogThis!Share to TwitterShare to FacebookShare to Pinterest
Location: London, UK