As much as I love blogging, the last two months have been a panicked blur of thesis writing and job hunting, and so I'm sorry to say, I have to *gasp* retro-blog. That's right, it's the beginning of September, and I've labelled this post July. I really despise doing that - but I'd rather tell my stories late than never.

So...for the next five posts (yup, I'm FIVE posts behind!), I will be retro-blogging about the summer. For a quick preview - it'll be about my week long roadtrip mid-July, day trip to Bath, Singapore mini-reunion, a wedding and  end-of-thesis celebration. And then - I'll catch you up on my current adventures.

History, walking among Roman ruins and a night checking out the little town's "nightlife". 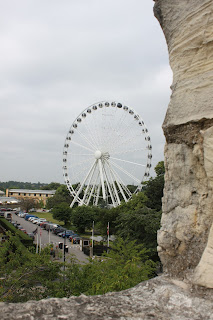 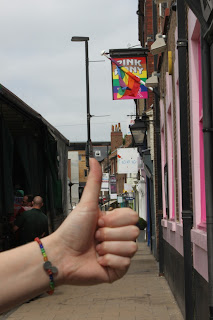 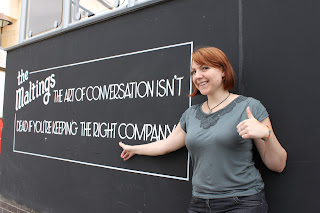 A brief stop in this picturesque town was not nearly enough to explore it - but it gave us a glimpse! By the way, Harry Potter fans, parts of the film were filmed inside Durham's cathedral and dining halls in parts of Durham's college (Durham University, like Oxford and Cambridge, has a collegiate system)  We had Fabio's Pizza for dinner, which was definitely some yummy pizza! Like almost every food place I've been in the UK, it looks so original, but is a chain! 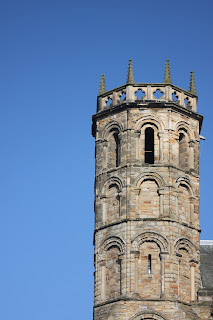 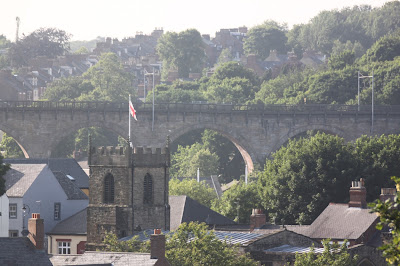 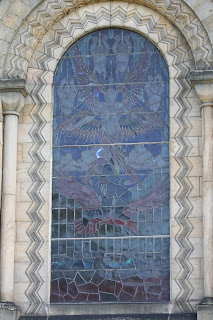 Since I'll be returning to Edinburgh shortly (with Janice!), here's a brief slideshow of one of the highlights of the trip Anna and I took there - Arthur's Seat.  This is a beautiful mountain to climb, and we had a lovely time taking photos on the cliff-like mountain that overlooks the city. Since we were on a very low budget trip, we decided to park half an hour out of Edinburgh, in a village called Duddingston (for free!) and then walk up and down the mountain and back into town. What a scenic workout!

Notably, I'd like to try Spoon  - a brunch place that's supposed to be good for breakfast when I return.  I must admit I'm not a fan of the British breakfast we had several times - grease, grease and more grease. Ugh. Veggie sausages, as well, are rarely tasty.

Also, interesting historical fact - in 1836, archaelogists found 17 small coffins in a cave at the summit of Arthur's Seat, with little wooden carved figures inside. Some  believe they are associated with witchcraft; others believe they are a memorial to the victims of the Burke and Hare murders - these were 17 murders committed by two Irishmen, Wiliam Burke and William Hare in 1828 in Edinburgh.

Since Anna and I had to come back early from our road trip for my interview for a marketing position at a college (which I didn't get, sadly), we decided to take a scenic route back. Little did we know that we would be having dinner on a lovely beach, taking windy country roads (it was a little reward for driving a manual car for the first time, on the left hand side for the first time, and on miniature roads for the first time).

Keswick, pronounced Kes-ick is a picturesque mountain town that reminded me of Banff, Alberta (click here for post)  with more hilly, rather than snow mountains. We had breakfast at a cute little "tearoom" (those seem to be very popular!). Scones and jam, of course. Yum! 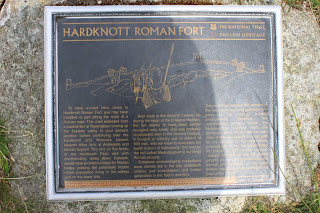 WOW. On our scenic route through the mountain (literally, windy, country roads through the mountain) we decided to pull over for a break (driving our little rented manual Citroen was definitely not fun on those roads)...and discovered that we had actually decided to rest in a historically important place, that had Roman ruins! Hardknott Pass --- I wouldn't really recommended driving this unless you love that sort of thing ---but if you DO decide to take this way on a road trip,stop here! 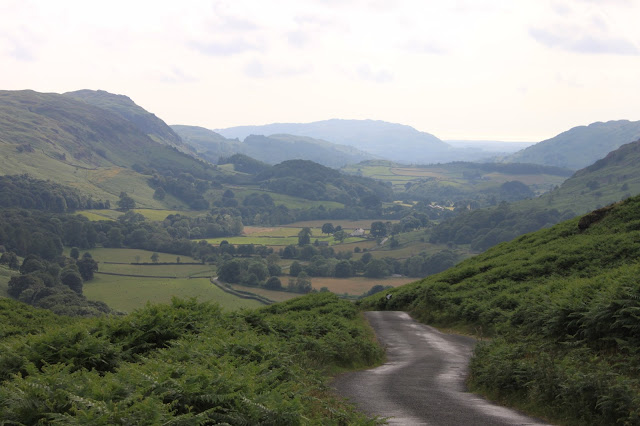 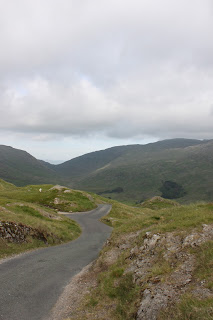 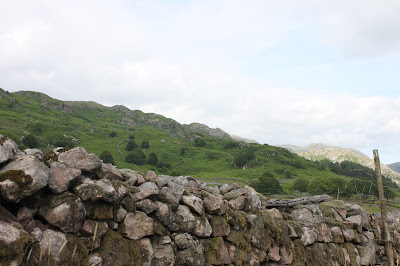 Posted by Sapna at 8:41 AM
Email ThisBlogThis!Share to TwitterShare to FacebookShare to Pinterest
Location: Edinburgh, City of Edinburgh, UK