Sean and I decided to check out the nightlife in Sitges (apparently a hip town in the summer) on New Year's Eve, since we had just rented a car for  5 days and were getting tired of how dead Barcelona is during the holidays.  Sean drove, of course (Thanks, Sean!). Remember the road trip where I had to drive a manual car in the UK? No, thank you. I'll leave all that gear shifting and driving on miniscule roads and parallel parking in teensy spaces to the Europeans (and Sean).


It turned out Sitges was DEAD for New Year's Eve. Only a couple places had New Year's Eve menus, and they were all 60 euros per person (one of the main reasons we had avoided Barcelona's NYE menus!), except for the pizza place, where we ended up spending 25 euros each on a mediocre pizza and a salad. I feel so lucky to have Sean visiting this year, just as he did last year in Oxford. What would I do without you, Sean?!  Happy New Year!

We made full use of the car, and ran a TON of errands for the apartment (ie: trips to IKEA, super cleaning and organising all of Kiara's things into boxes labelled 'Toys' and 'Blankets'! We even went to Mediamarkt and bought a cheap, 200 euro dryer, because apparently it's the DRYER that gets rid of K's hair off all the bedding and blankets the most (not the washer). Who knew?! It is also nice to have soft towels again, having not had a dryer for the past three years.

On January 1st, everything in Barcelona was closed, so we headed over to Tarragona, a nearby town (about the size of Red Deer, AB - 150, 000 people),  full of roman ruins. The picture doesn't do it justice, as neither of us had a tripod. We did have a LOVELY  three course meal (for 15 euros, rather than 25) at a beautiful restaurant in town and then drove back home to the puppy. 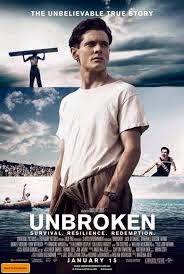 Now, as you probably know, I LOVE movies.  The saddest thing about living in England was how outrageously priced Oxford's cinemas were (for small, mediocre screens).  Now, if you live in London, they do have a monthly movie pass, but of course I was never going to take a 1.5 hour bus just to go to the movies. Ah, the perks of continental Europe...remember my data collection trip to France where I watched a movie for 4 euros every second night?!

Barcelona's movie prices are about average (7 euros a ticket), but I haven't any time to watch movies over the past few months. Also, you can't just go to any cinema here - 90% of them only have movies DUBBED in Spanish. How awful!

This movie, based on a real story, tells the story of an Olympic athlete who is drafted to the war and must survive a plane crash, 45 days at sea and several other brutal challenges. Incredibly sad and moving, this is a must see (no pun intended...)

This movie tells Alan Turing's story (the man who broke Enigma, the Nazi code) in WWII, resulting in a war victory that shortened the war by two years. He was a genius - and had quite an interesting personality. The character development is stunning and the plot is beautiful.  Keira Knightley and Benedich Cumberbach  play their parts perfectly. 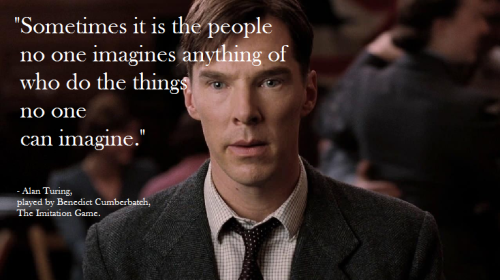 What a relaxing couple of weeks - it's going to be hard to get back into my crazy 20 hours a week of Spanish class, 20 hours a week of teaching, and 20 hours a week of PhD work. EEK.  Stay tuned for my next post including a slideshow of our amazing Catalonian (Cataluyan) winery tour - coming up!
Posted by Sapna at 12:00 AM
Email ThisBlogThis!Share to TwitterShare to FacebookShare to Pinterest
Location: Tarragona, Tarragona, Spain