Have you ever stopped a hobby and regretted it years later? Every time I heard the piano over the past decade, I kept wondering why I had quit. After completing Grade 9 Piano  - the second highest level- and corresponding Music History 5, Harmony 4 (composition theory) courses at the Royal Conservatory of Music in Canada, I stopped playing this beautiful instrument at the age of 19. My excuse back then was the stress and intensity of the exams on top of university and work/internships and tutoring - but I think the truth is that I needed a change of scenery, a change of routine.

The Intense Organization Week
For the first time in a long time, I have had a few weeks off to organize/sort out my life while actually knowing where I will be for the next three years  - very different to my panicked job search/scary debt accumulation 6 month period in Oxford in 2013-early 2014, or various frantic visa-motivated trips to Canada and back to Europe over the past three years.

I spent the first ten half days, while still working on my PhD the other half, super cleaning and boxing away any ugly decorative pieces and dishes that came with my furnished 'muy bien equipado' apartment (such as a picture of a lemon, a picture of Mother Goose looking avians, extra plastic chairs, horrible bedding and Nutella drinking glasses) and storing them in IKEA boxes on the terrace shelf. I also chucked the 25 year old TV into the bottom shelf of the cupboard. I have my own stuff from the UK. Thank goodness for the terrace shelf - without it, my place would be a mix of their juvenile yet eclectic style and mine.

Sidenote: - I LOVE Ralph Lauren towels - and always have. I thought I had guiltily fallen into a marketing trap, so I went shopping and asked advice at El Corte Ingles, looking for towels of the same softness and coziness  - not showing them the brand. Turns out RL towels ARE super good quality - and other brands that quality are the same price. Time to wait for xmas super sales ;)

Then, I bought this beauty with my 30th birthday money I'd been saving for a good use and a bit extra: 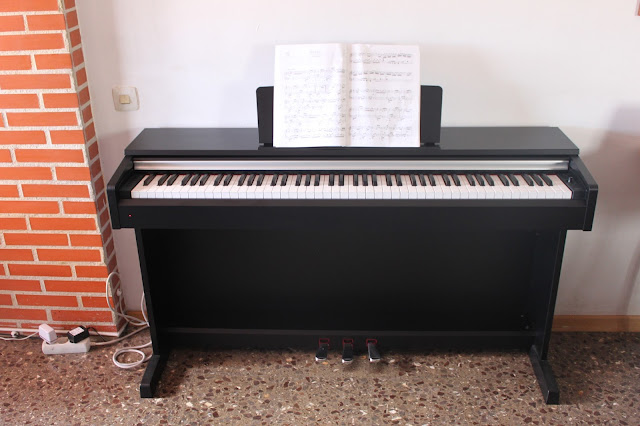 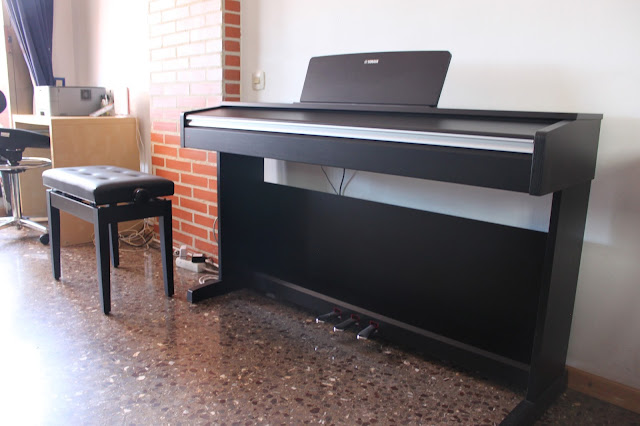 The Yamaha YDP-142 semi-portable digital wonder -with all three pedals, full 88 graded hammer keys, and an adjustable bench. I won't detail the hell of bench assembly, but let's just say that piano bench manufacturers need to make instruction booklets!!  My shopping experience was quite simple due to my budget, but I have to say the YDPs beat the P-Series in my opinion because they have integrated pedals; the P115 now comes with a full 'pedalera' attachment, but by the time you add the stand, it works out to exactly the same price.

Also, Musical Fuste lost my business because of their pushy sales manager - the actual sales  guy was incredibly helpful - but all of a sudden the owner arrived and they were pushing for me to leave a deposit and buy the P115 THAT DAY because oh-my-goodness they may run out and they are closed for holidays next week for a month so it might not deliver on time. So, I told them as abruptly as I could in Spanish that I wasn't about to buy a piano in 5 minutes. I headed over to Union Musical. They had the Yamaha version of the Kawai I had tried out at Musical Fuste and let me play around.

The ironic part is...I bought the piano that same day!! This place is actually open all summer, too. 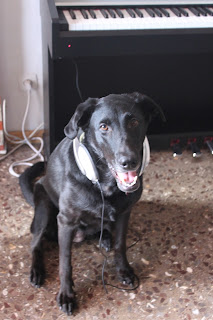 In store, I was super embarrassed at my lack of ability to play, and just tried out a few chords and basic scales; I had the owners play pieces so I could hear the different sounds of the brands of pianos, explaining that it had been 10 years since I touched the instrument.

But guess what?!! As soon as the piano was delivered, with a book of 50 songs, I opened up Fur Elise and I could play it. Yup, my piano skills are of at least Grade 4 level ;)  I have some practicing to do to get back to beginning Grade 10. Oh, and apparently I have one very intent audience member - she calms down instantly when I play the piano and she lets me put the headphones on her - that's saying a lot, since sunglasses and hats get pawed right off. Looks like I'll need a second pair ;) 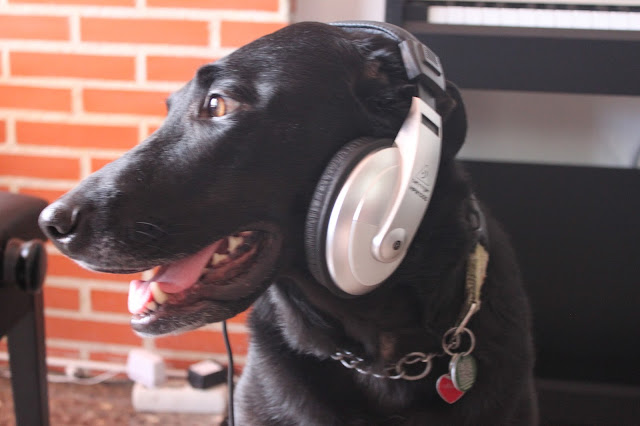 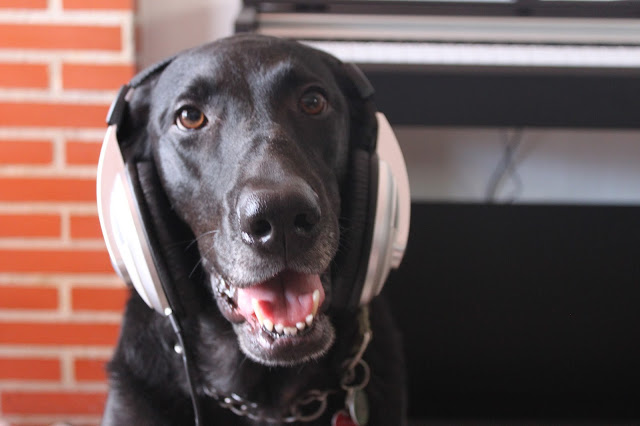 I can't claim that I used to paint regularly, but I did take one oil painting Van Gogh copy class in the winter of 2005 and continued making my own paintings for a year. So I decided to check out Espai Medusa's free trial class, and the owner convinced me to give acrylics a try - they dry faster, making it easier to work on every day and much less complicated to transport to and from class. So, I am currently working on a copy of Edward Hopper's 'A Room in New York'. Below is a photo of the original and where I am so far. Two, three hour classes left - hopefully I can finish it!


Clearly, I have some learning to do about shadows, colour-mixing and making people look more real :)

Anyway, I will get back to my fun-filled Sunday now and start pilot data analysis on a weekday - tomorrow...? I seem to be in holiday mode now. Stay tuned for Montjuic sunset picnic pictures and a post on a special event I'll be attending in less than ten days!
Posted by Sapna at 12:52 PM
Email ThisBlogThis!Share to TwitterShare to FacebookShare to Pinterest
Location: Barcelona, Barcelona, Spain