Sinterklaas: A Dutch Holiday Tradition with A Horse, Carrots & Shoes

Ever heard of Sinterklaas?  Yes, I spelled that right! Here in Holland, it's not just St. Nick who visits kids for the holidays. In fact, Sinterklaas came to town last Sunday (November 13th) , made a speech about his trip from Spain (yup, Sinterklaas is Spanish!).  Dutch kids even watch a special news segment for an "update" on his journey and the obstacles he encounters on his way to their town.

(For example, maybe his horse gets stuck in the mud and there was a slight delay...but phew, the next day they are on track to arrive on time! ;)  .

Yup, no reindeer here. He arrives from Spain on a horse.

So, last Sunday, my roommates and I headed to the city centre to check out the parade.

Oh, and Sinterklaas and his helpers, especially "Black Pete" hand out handfuls of candies to the children at the parade.

Here are a few fun facts about Sinterklaas:


Here are a few pictures from the parade! 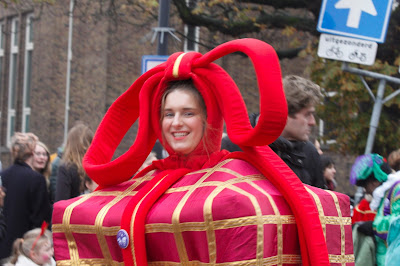 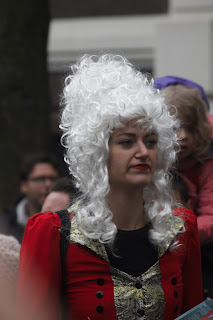 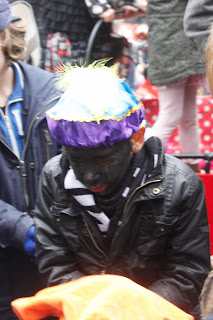 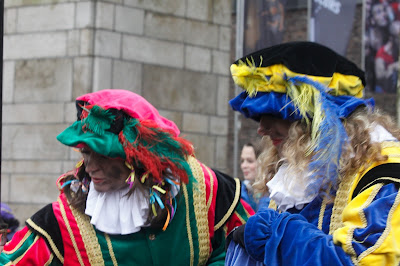 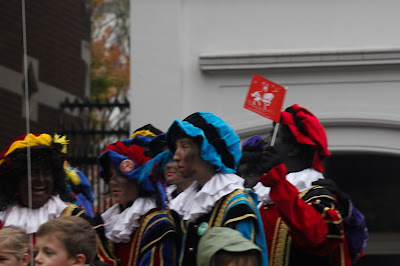 So, that was my experience with a Dutch holiday tradition!   What traditions do you have where you live that are a bit of a different take on the holidays? I'd love to hear your comments below. Stay tuned for my post on Friday night's GLOW festival in Eindhoven, Holland. Coming up soon!