Twelve movies, you say?  Yes, that is basically how I spent my Christmas week off! The 12 movies of Christmas (not at all related to the holiday), chilling with Kiara, and blogging over at my new blog for teachers, The Teaching Cove, of course. 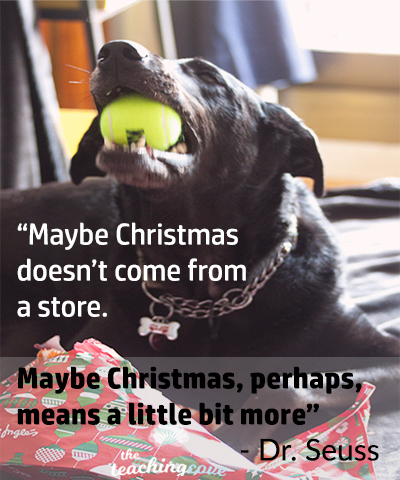 Christmas Eve was an interesting dinner with my new friend, Vita. We tried out an Internations event, but the dinner was overpriced, their vegetarian option was literally grilled vegetables and a boring salad, and the company was - well - way over our age group. Next time, we'll stick to meetup.com or events that take place in a bar or something ;)

So, which movies did I see this holiday? Well, a few were in theatres. The rest, I admit, were purchases from iTunes - *gasp*, I know. Netflix is really just not cutting it in the movie department lately. Also, my initial impression of Amazon Prime is that it's just another tv-show and old movie portal, as well.

When I finally have a few days to relax, the last thing I want to do is search through tasteless tv shows on Netflix and "Netflix Originals" to find something good.

Sometimes, you can get iTunes movies for $0.99 and other times they're $3.99 (Canadian dollars), so some are older ones that I hadn't seen.

12 Movie Reviews For Your Next Movie Binge


Here they are! While they're in no particular order, I've slapped them all with my own personal rating (5 stars being amazing, 1 star being completely worthless). Photos and links to the movies are from www.imdb.com

Remember, I'm super picky. Actually, there are two aspects that make a film great in my opinion - great plot, and great character development.  One or the other can also work. You'd be surprised how many films have neither!!! 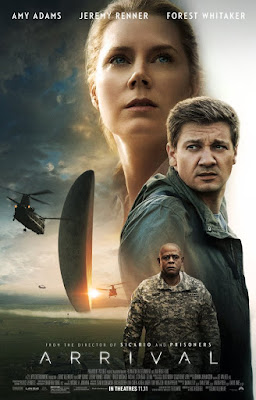 So, despite two friends telling me I'd love this movie, I was a bit skeptical. Sci-fi movies are not usually my favourites.

Wow. Amy Adams was absolutely incredible in this film (and the one below, too ;). Yes, it's a movie about aliens landing on Earth and countries trying to figure out what to do. Flashbacks, foreshadowing, symbolism, and stellar character development with an air of mystery make it spectacular. It is a tragic, compelling drama. 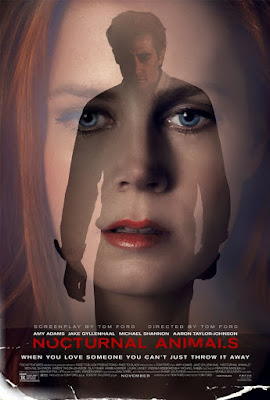 Wow. Noctural Animals will leave you desperate to read the book, originally titled Tony and Susan. It's written by Austin Wright, who The Guardian calls "the epitome of an academic as a novelist".

It's a beautiful thriller about relationships, revenge, social expectations, and two wildly different people who fall in love. Amy Adams plays a woman haunted by a novel her ex-husband writes and dedicates to her. Jake Gyllenhall is stellar in his performance as both the main character in the thriller novel and Amy Adam's ex-husband, the author.

Trust me, you will love this film. It deserves an Oscar!!

So, one night I was in the mood for something a little lighter. Susan Sarandon and Rose Bryne are an excellent mother-daughter combo in this lighthearted drama. Sarandon plays a recently widowed retiree who moves to California to be in her daughter's life and - well- meddle. It's a really fun film to watch!

While I preferred The Big Short, this older movie was another take on the 2008 stock market crash. It follows two young investment professionals who discover the formula the company is using is wrong. In fact, the market is about to crash. The tagline, "There are three ways to win in this business - Be First, Be Smarter or Cheat" pretty much explains the plot.


Kevin Spacey and Zachary Quinto do a pretty good job playing the roles. Worth the rental.

Well, I had higher hopes for this one. Adam Driver is a decent actor. Really, there was no plot. Also, the characters seemed shallow to me.

During the whole film I thought, this could be an incredible novel if you were let deeper into the characters' thoughts, minds and personalities. If the poetry were used as a piece of literature within literature and the symbolism carried through.

But it's not. It's just a waste of two hours.

Searching for other Jake Gyllenhaal films, I came across this $0.99 rental on itunes. While the plot is fairly basic, the character development is incredible. It follows a man's struggle to become whole again after his wife, the love of his life, is killed in a car accident.


Well, I preferred the first two movies about Bridget. However,  I will say it's not bad for a break from reality. Bridget Jones is, once again, older and single on her birthday. She's searching for a man, and her mother is desperate for her to have a baby. 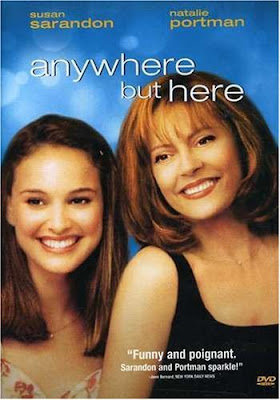 Since I liked The Meddler, I thought I'd check out this older movie from 1999. Actually, I meant to see this movie in theatres way back when it came out, and I didn't! It's cute and a good way to have a relaxing couple hours off. Susan Sarandon and Natalie Portman are a good "mother-daughter" team!

Again, I prefer the first few films, but the final part of the Bourne series is not bad. Matt Damon is always a pleasure to see again. I can't remember his last movie before this!

Ok, Netflix, you got one new movie right. In this beautiful drama, we learn Stephen Hawking's story, that of a Cambridge student, a genius leading a relatively normal life, suddenly faced with a horrible, slow progressing disease. His wife's devotion to him is amazing, and together they work through challenges. Take an evening and watch this one!

Well, I thought this one would be better to be honest. It was high action, a bit of suspense, Ben Affleck (what was his last movie?!) and a minor sort-of-love story. Wait until this one is on Netflix. 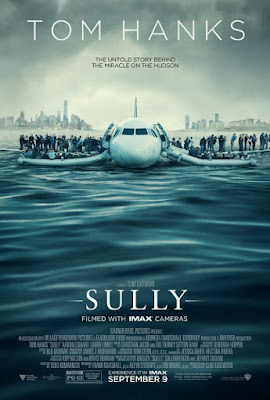 
Did you know that they actually blamed the pilot for landing the plane on the Hudson River in New York and saving everyone's lives, instead of turning around and trying to land on a runway? Not a single person died when the plane landed on the water.

Based on the true story of pilot Chesley Sullenberger and the investigation he went through, this is a moving drama. Predictable, of course, but still worth watching. I'm thinking of making a film study of it for my students!


Well, those were my 12 movies of Christmas. Have you seen any of them? What did you think?

Let me know in the comments below.


Posted by Sapna at 10:37 AM No comments:
Email ThisBlogThis!Share to TwitterShare to FacebookShare to Pinterest
Location: Barcelona, España 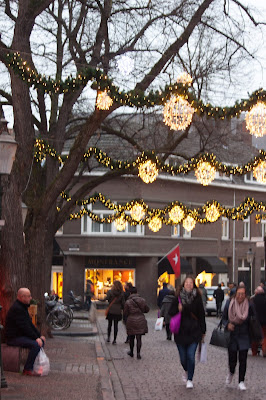 Maastrict was one of the last cities I visited during my three month research stay in Holland, and wow do they have beautiful winter lights.  Actually, it felt like Christmas a month early! While I know that this post is a couple weeks late, I thought the slideshow was just in time for the festive holiday season.


Maastrict is a city of 120, 000 people. All Dutch cities seem to be quite small! It was beautiful wandering around the cobblestone streets and into the little boutique stores, admiring the festive lights.

Now, Maastricht is windy, which makes it extremely cold! It's also really pretty! So, though I was not so prepared with my spring coat, wool hat and gloves, I walked around taking photos.

Unfortunately, the Christmas market that was supposed to happen that weekend was postponed for a week. You should have seen the lines of disappointed tourists. Although you could see all the beautiful huts for the vendors and decorations on the streets, there was no market!  Still, it was lovely to walk around and enjoy the sights (and multiple cups of hot chocolate!)

Beautiful Bookstore In An Ancient Church

My favourite part of Maastricht was the gorgeous bookstore in a church, the Dominican Church in the city center. WOW. They've converted an ancient Dominican church into a modern bookstore. The blue lights shining through when the sun hits the stained glass is incredible!

Check out the slideshow below for a view of this wintery city. It was my last day trip before leaving Holland to move back to Barcelona. Please remember that if you're on a mobile, the slideshow may not work, so click here to view my Flickr Set and flip through the photos that way.

Stay tuned for my upcoming post on comparing the places that I've lived - Singapore, Canada, England, Spain and Holland  (we'll leave Switzerland out since that was only a few months when I was 19).  My pros and cons post will be up soon!