Well, this post is about 6 weeks late, as I've been focusing on my English teaching blog,  The Teaching Cove, but better late than never, right? By the way, if you know any English teachers, please send them my way so they can sign up for free teaching, motivational and organizational printables - a whole library of them, updated monthly  :)
Since this is a bit of a catch-all post covering most of the last six weeks of my adventures, I thought I'd make it a brief summary with a handful of photos covering my short visits to  Geneva, Switzerland, Annecy, France and La Molina, Spain.

Ringing in the New Year in Geneva


So, since I was hanging out by myself watching movies all Christmas week (check out those movie reviews here if you missed them), I decided to hop on a plane (the low prices of a BCN-GVA flight continue to amaze me) and visit Kristin for New Year's Eve. She came to Barcelona last year for New Year's, so it was great to  celebrate together again.

Unfortunately, (or fortunately), my craptastic phone finally died (the one I got for super cheap after robbers stole my Samsung S3 2.5 years ago, less than a month after moving to Barcelona - remember this post?!). So, I lost the photos that others took that night, but just imagine a lot of wine, champagne at the apartment, two 20 euro drinks at a bar, and an amazing "pizza"soup that Kristin made for dinner.

I arrived early on New Year's Eve and had a blast at the party Kristin threw - although the hangover on Sunday was possibly the worst I've had. Ever.

Of course, whenever I visit Switzerland, I bring back herb and garlic cream cheese, spatzle, and a loaf of amazing bread. Now, it's against the trainer's diet plan for sure, but that started January 10th, so I had a few days ;)

Since Kristin had Monday off work, we headed across the border to Annecy, France.  I love that France is across the border! So exciting! Annecy is a touristy, beautiful and picturesque town. While it was way colder than Spain, it was still delightful to walk around. Actually, even though we missed the market by a day, it really felt like Christmas. (Barcelona doesn't really have the Christmas-y feel, except at El Corte Ingles and in the Christmas markets in Sarria). 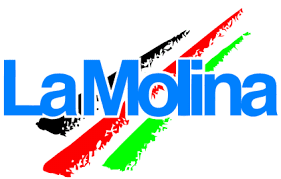 Three weeks ago, I decided to go to La Molina by train  (spoiler alert - do not do this), book expensive private skiing lessons for a couple hours, and practice for my then upcoming trip (a week ago) to Andorra.

While I'm pretty much used to Spain's inefficiencies and quirks after 2.5 years of living here, that Saturday a few weeks ago was not bearable. Here is a brief summary:

The Ridiculousness of Spanish Process at the Ski Hill

"Oh, that's not a lift ticket", he says.
"But I already paid!"
"Yes, but you need to change it for a lift ticket at the front of the ski resort"

Anyway, let me tell assure you that Andorra is a much better place to ski.  Last weekend, Vita, Ratko,  Carly, Alejandro and I headed over to Andorra for a really great weekend of skiing (in a car).  Stay tuned for a post on our adventures coming up soon!
Posted by Sapna at 9:35 AM
Email ThisBlogThis!Share to TwitterShare to FacebookShare to Pinterest
Location: Annecy, Francia